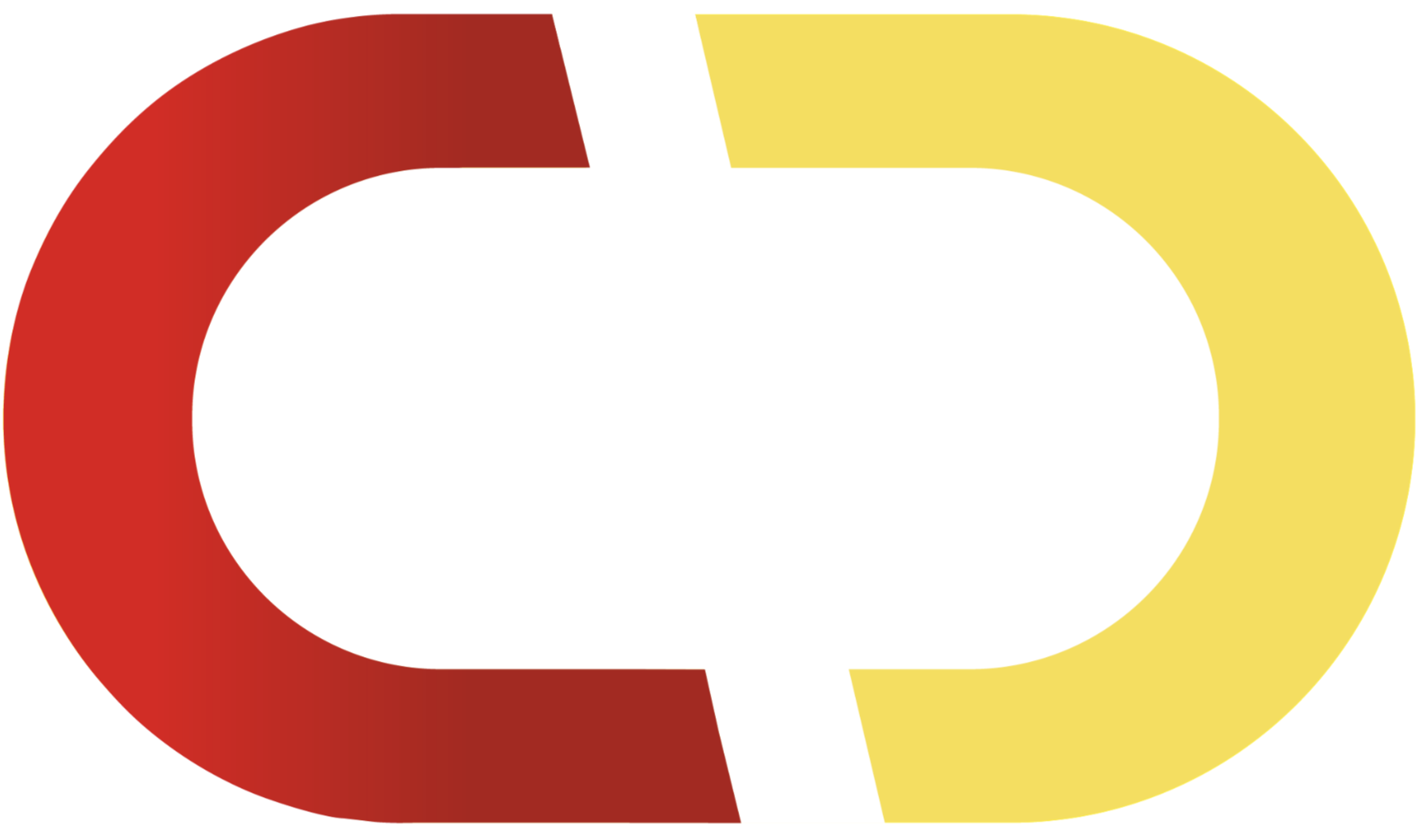 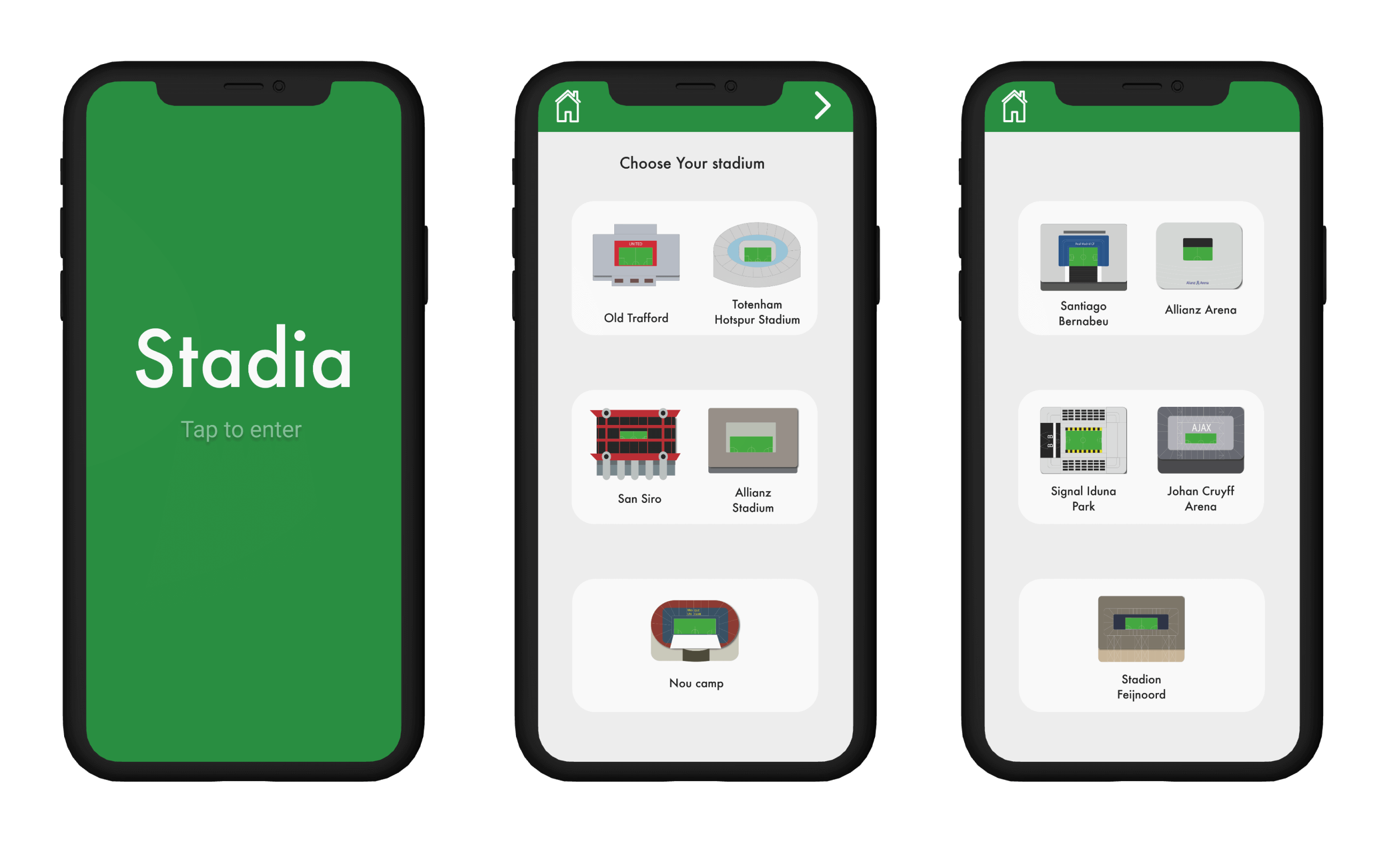 My Brief for this task was to create a travel app for mobile and design the User Interface.

How I did it

After receiving my brief , the first task was to brainstorm my ideas and to lay them out in a mind map. I think mind mapping is a good start as it allows me to visualise all my ideas.

The first one is about a travel app in NYC, the focus of this app is on the different attractions and activities in New York.

The second was about the names for the app. My favourites where Big Apple, Concrete jungle and UCNYc which means you see NYC.

My third and final mind maps was for a completely different idea that I had that had to do with different football stadiums in Europe.

I chose the final idea as I am a big football fan or soccer if you're American (but it's football because you play it with your feet, c'mon America!) I thought I should make an app about different stadiums across Europe. I came up with a name, what countries I would look at and which stadiums. I decided to name my app stadia as it means stadiums in Latin.

I decided that I would pic 2 stadiums in the same country and I choose England, Spain, Italy, Germany and the Netherlands. I chose the stadiums that where my favourite. 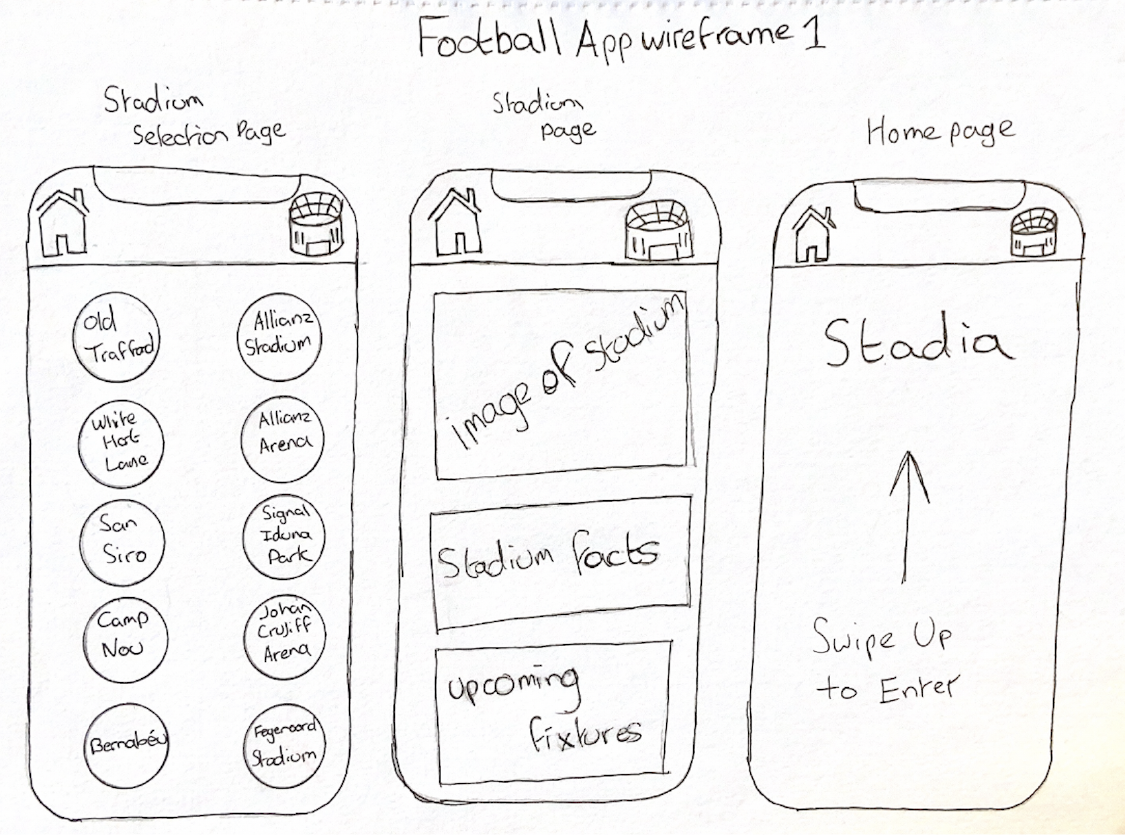 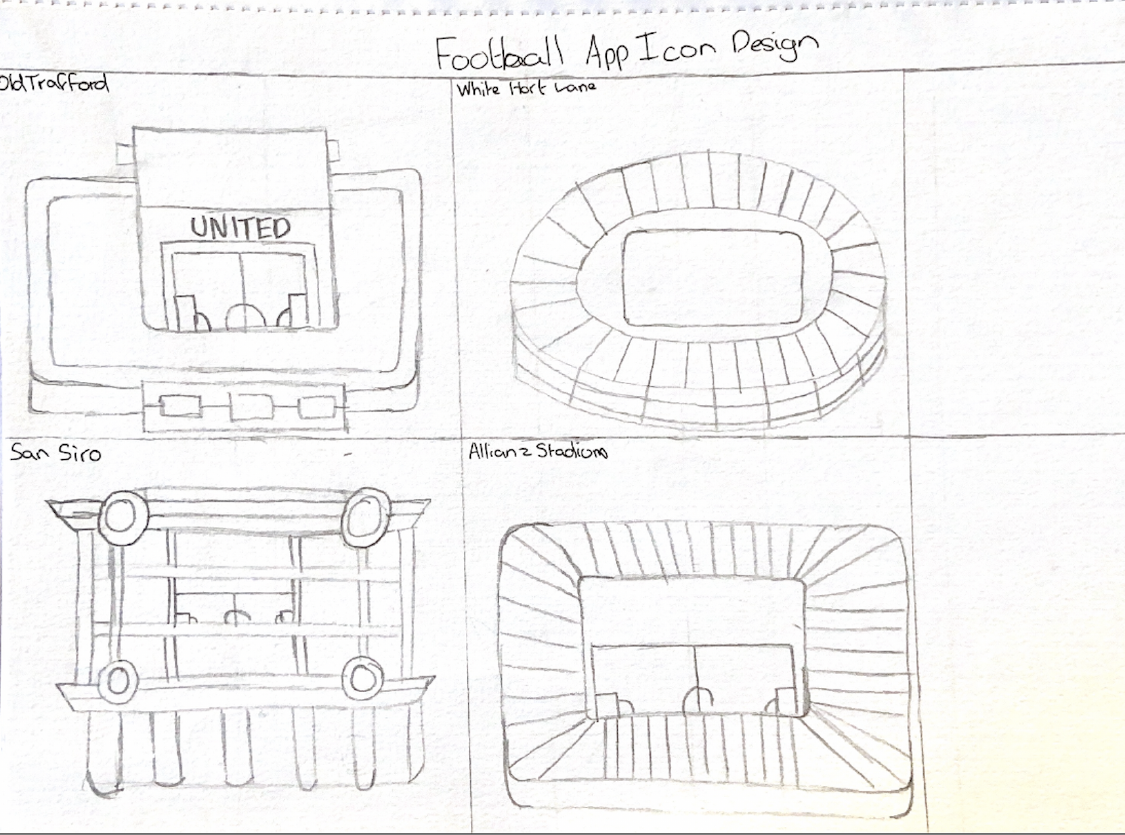 My next port of call was to design how my app would look so I went and got my sketch book and pen and smashed out three different layouts. The first layout was the layout I ended up choosing as my final app layout.

I had a simple opening page where the user would tap to enter the app, they would then see the stadium page with different icons of the stadiums and they would tap on the desired stadium and it would then show them an image of the stadium, facts about the stadium and upcoming fixtures for the team who play there. The second set of designs I did was for the NYC app idea, where I had pictures of places of interest, a search page and more information on those places of interest.

My stadia app had a simple design of a home screen that the user would tap on to enter. They would then be take to the first page that would show them the first 5 apps. They can tap on the arrow on the top right corner to take them to the next set off apps.

They could then tap on any stadium they choose and it would take them to a page that would show them different information on the selected stadium.

I spent a few weeks developing my app. first I drew all my stadiums on paper and then put them into Illustrator so that I could create them digitally. After I then started to bring my app design to life, I spent a few weeks on this and had a critique on it with my lecturers and peers. I too this feedback onboard and improved my app so that it was ready to hand in. 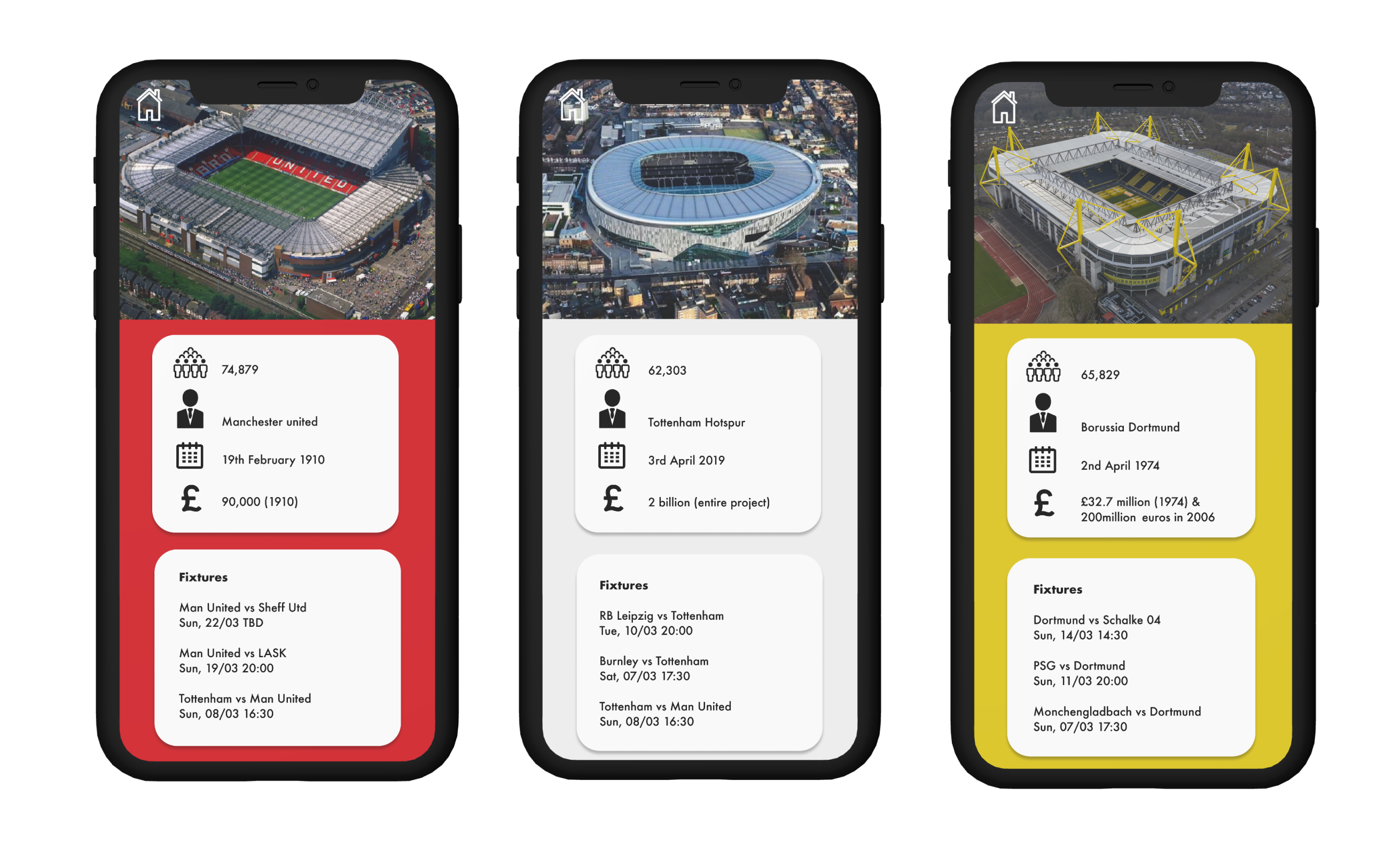 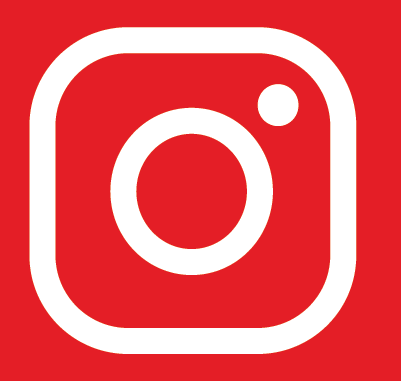 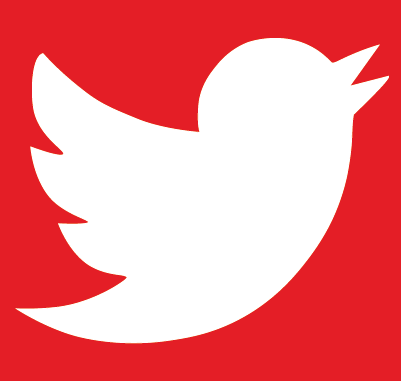 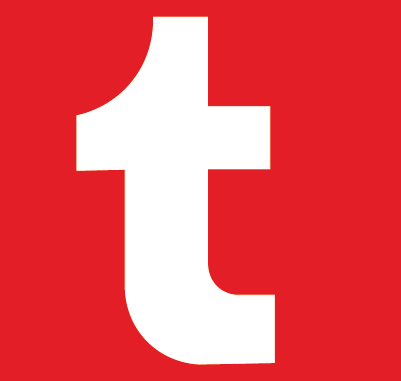 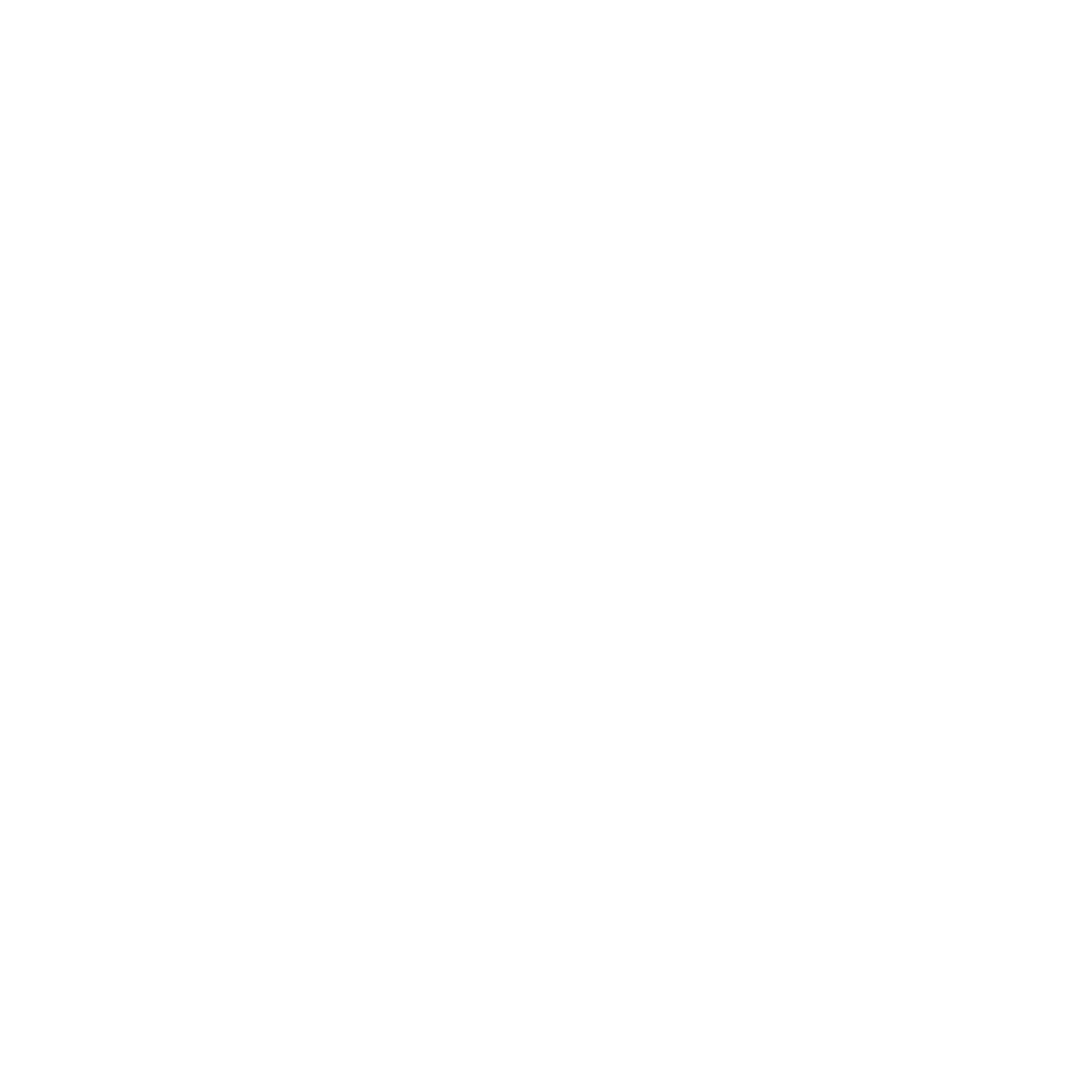